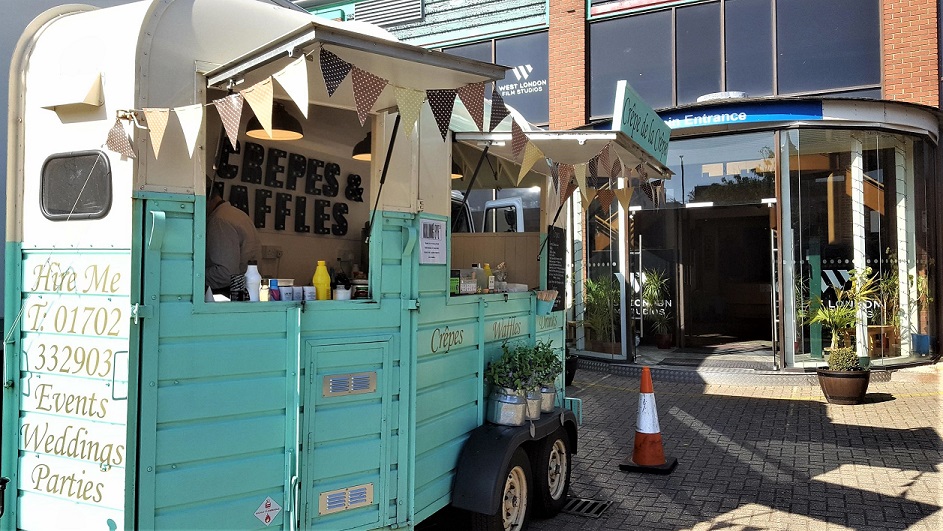 Crepe de la Crepe is experienced in catering for some of the World’s most prestigious film studios, including Warner Bros Studio, Shepperton Film Studios, West London Film Studios and many more, serving famous lead actors, top directors, their assistants and film crew. Whist we are a flexible catering unit, we are also fully self-sufficient, enabling us to cater on location in remote settings to create delicious sweet & savoury crepes and Belgium waffles, served with a wide choice of toppings to delight all, and at any time given. The most recent movies and TV/ Film productions we have had pleasure in catering for include: ‘1917’ – an epic war film directed by Sam Mendes, which among its accolades, won ‘BAFTA Award for Best Film’; ‘The Batman’ movie starring Robert Patterson; the famed TV series ‘Killing Eve’ which has had the UK glued to their seats throughout season 1 & 2, and now 3; ‘A Private War’ – directed by Matthew Heineman, and starring Rosamund Pike, and ‘The Little Stranger’. For information on our film set and location catering services, please contact us at info@crepedelacrepe.co.uk.

“Thank you so much to you both for coming, and treating us to your amazing crepes!” – Gabriella Rauchwerger | Assistant to Sam Mendes” 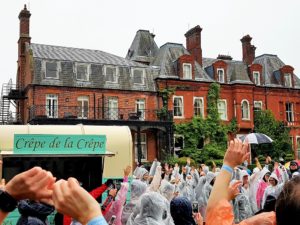